When Four Chefs, Together, Create a Dish....

Written by Krishnan Sivaramakrishnan on 15 May 2019

It takes a village to raise a child, goes the saying. It’s only when an entire community of people nurtures a child that the child grows, feeling secure and safe in his environment. It’s no different for a musician looking to raise his art. For a musician, creating music together with other musicians—collaborating—can spell the difference between stagnation and growth as an artist. Collaboration matters, most musicians would agree. It gives their art an environment for growth. It nurtures their art. 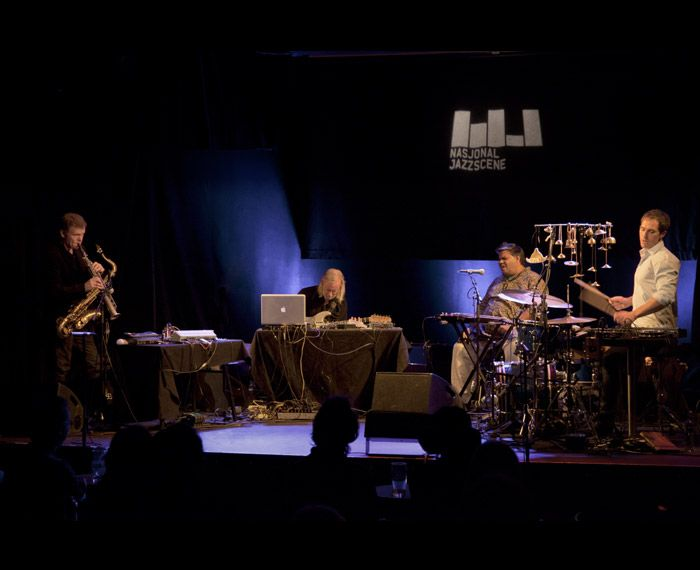 All I have written in this preamble so far is the essence of a thought shared by a reflective Dr Prakash Sontakke, Advisor to Shankar Mahadevan Academy, during the academy’s recent event, the Teacher’s Owned Retreat.

Now, a little detour to give some background to those not familiar. The Retreat is an annual, three-day event dedicated to the teachers of Shankar Mahadevan Academy. At the Retreat the teachers are joined by the Academy’s crew members from support, curriculum designers, advisors and the core team. They stay together and meet through the three days, sharing stories and learning from each other's experiences. Together they refine the SMA experience.

The 2019 edition of the Teacher’s Owned Retreat was held from March 8 to 10, at the School of Ancient Wisdom—a dreamy, picturesque campus situated in Devanahalli, 15 km from the Bengaluru International airport.

Back to our story, now. Dr Prakash and I were in conversation as we sat outside Agastya Hall, a standalone room that hosted the Retreat. It’s a large room with a marble floor and a high ceiling—an ideal setting for lofty thinking :) .We were waiting for the first post-lunch session to begin. It was Day 2 of the Teacher’s Owned Retreat.

I often marvel at the ways of our conversational minds. At times a mere question is all the pebble it takes to set off a ripple of ideas. I had just asked Dr Prakash which of his music compositions he feels closest to and why? In answering this question, Dr Prakash shared a story of his project with a Norwegian band called Food. And if I were to put a one-word answer to the question “why?” it would be “collaboration”.

But before we get any further into that story, I want to add my impressions about Dr Prakash here, as it was at this Retreat that I met him for the first time. 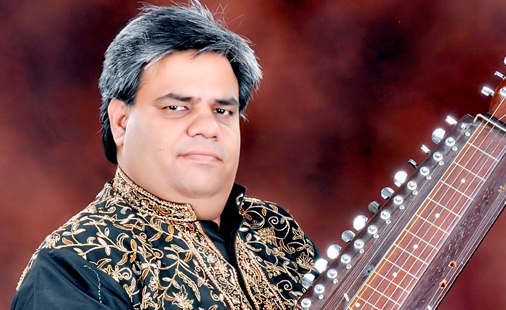 It’s hard to put a label on Dr Prakash Sontakke. He’s a versatile instrument artist who specialises in the slide guitar, a composer, a vocalist—but a musician first. He has even designed a slide guitar that gives his playing its trademark sound. Ask him what he does, and he’ll simply say he is a Hindustani classical musician. But there’s a whole story hidden behind that remark, as we will soon come to…

Dr Prakash has a flair for dead-pan humour and for making meaning using a bare minimum of words. Clearly, all the talking he reserves for his fingers to do on his slide guitar. Have a 15-minute conversation with Dr Prakash. And the things that will strike you first would be his simple, humane approach to life and its events; and his ever ready willingness to blend with people. Both, vital ingredients of collaboration.

Dr Prakash is a practitioner of the Gwalior Gharana. (A layman would say a Gharana is a house of music where distinct house-traditions are passed from one generation to another, from teacher to pupil.)

His musical grounding came from his late parents—both, educators. I searched the Internet for details, and here is what I came across. His father, Dr RB Sontakke, a double doctorate in vocal music and violin, was a senior disciple of Pandit Omkarnath Thakur. His mother, Dr Mani Sontakke, who held Master’s degrees in more than 12 instruments, was a disciple of Pandit Lalmani Mishra. His parents taught in Banaras Hindu University for over 40 years.

(Notes.In 2018 his parents were honoured with the Guru Kripa Award by Shankar Mahadevan Academy. The award celebrates the contributions of music educators who strived for years to cultivate the next generation of musicians. )

I listened to Dr Prakash talk at various points in the Teacher’s Owned Retreat. And I could sense two pivotal points in his journey as a musician.

The first one relates to his choice of instrument to express his art.

Art, indeed, is expression. And to each artist, his own medium of expression. For Dr Prakash that medium is the slide guitar. Two aspects of the instrument caught his attention. First, its versatility. The slide guitar fit just as easily in classic-rock music as it did in Indian classical music. Next, it could reproduce the human singing style. The slide guitarist plays notes by sliding a metal object along the guitar strings. This sliding style creates effects of sound that closely match the nuances of a trained singing voice.

The second pivotal point was the discovery that he could relate any piece of music, from any part of the world, to an Indian raga.

And here’s where we get to our story...

There’s a parallel in the Indian raga system for just about any song or sounds in nature. And Dr Prakash has a keen ear for seeing those parallels.

Take the time he was listening to Breathe, the reflective opening track of the classic 1973 Pink Floyd album Dark Side of the Moon. At that same time Dr Prakash was learning a raga.  (SGMND MPGR ND were the notes he sang from that raga, as he recalled the story at the Retreat. Remark: The notes ND that appear at the end of the musical phrase are in the lower octave.) Dr Prakash figured that the song Breathe used identical notes.

“I start correlating any music I hear only through Indian music and the swaras. As Indian musicians we can’t hear anything without doing that! If somebody throws any chord structure or any melody at us, it will never be a surprise for us because we can relate it to a raga.”

It was an insight. Dr Prakash realised that his grasp of Indian ragas gave him a rich vocabulary which he could use to relate to any kind of music and work with any kind of musician. As a line in the song Breathe goes, he could now “look around, choose his own ground”.

No wonder then that the musical journey that followed took him to work with renowned improvisational artists around the world. And no wonder too that creative exploration is a hallmark of all his collaborative works.

Some of the works have received recognition in the world stage. Winds of Samsaara, an album that he co-composed, bagged the Best New Age Album trophy at the 57th Grammy Awards, held in Los Angeles, in February 2015. He also sang and played guitar in that album. 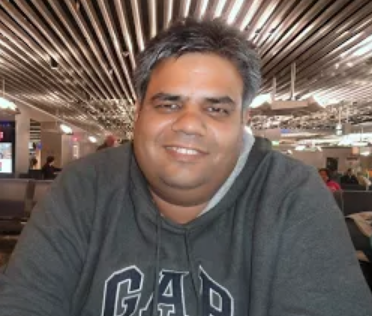 Introduction done. Now, here is the story that Dr Prakash shared with me. It gives a different spin on what collaboration between mature musicians can be like… and how eminently well it applies to our lives.

What is the song or piece of music you relate to the most?

I relate greatly with these tracks. And the reason for that is—I want Indian music to reach a stage where different musicians are able to enjoy creating music together in total improvisation. It’s a slow process, but it’s happening.

Can you explain the process of collaborating with the Norwegian artists?

They are great masters of Jazz who have achieved a lot in that field in, both, the catalogue and the calibre of work they have created. It’s an incredible catalogue. I am completely from a Hindustani classical background. For me it was a big shock when I heard them play. “My God! What is this?” I thought.

But as time passed I realised I was enjoying my freedom more because, whatever they were doing, they did not come into my area and they let me be who I am. That combination was incredible. It was a spiritual, powerful experience.

A musician is not going to be excited by singing or doing the same thing every day. He will look for avenues to experiment and test where he stands.

Did you rehearse with the musicians prior to playing with them in the album?

Yes, we had three or four rehearsals. But when we went to the recording studio we didn’t play anything that we rehearsed. The rehearsals just helped us get used to each other.

We started the recording at 11 am and went on till 4 pm—five hours of non-stop music. The producer of the track was sitting there, completely mesmerised. He later asked me: “How do you work with this?”

I thought isn’t it ironic that when you prepare a dish you don’t individually taste the salt, the tamarind, the rice. It’s only when they are mixed in a certain proportion and cooked that you experience the actual taste.

So you were like chefs who together create a dish...

When I play with musicians like that, I am listening completely to what they are saying. And that’s what inspires me to do something more. Then that ‘something more’ from me is something they hear, and they do ‘something even more’. And then we get lost in a very abstract space where we don’t know what we are doing. That’s the joy of music.

Shankar Mahadevan Academy was founded on—and stands on—three simple ideas. These, in the founders’ words are: First, enable people to learn quality Indian music without “bhayanak darr” (deadly fear, literally put). Second, make music-learning accessible to just anybody who wants to learn music. Last, make music enter the lives of even people who are not necessarily musical or have no background in learning music.

Age is no bar, to join the Academy. The “juniormost” learner is less than two years old; the seniormost, 92. Nor is location a bar. Thanks to courses available online, learners have logged in from 74 countries so far. Nor are social and economic backgrounds a bar. It’s true, music knows no boundaries.

Courses: Offers courses in Hindustani and Carnatic classical music. More recently, it has partnered with Berklee College of Music to offer select Berklee online courses and certificate programs in India.