Written by Aindrila Chatterjee on 11 February 2020

As a teacher, a special moment is made when our students make us feel special as a teacher – and at times even define us as a teacher. I am sure every teacher feels this way. And when we are asked to talk about any one student, it becomes difficult for us to choose one. But still, there are some students who you cannot ignore talking about.

When I pondered over this thought, the names of two such students come to my mind. I am going to talk about them here.

When You Turn 60, Do Something You’re Really Bad At.

The first is a 60-year old student, named Hemant Manek, from Pune. Hemant is a successful businessman, and a busy person. He joined an online course in Hindustani Vocal, at the beginner level or HV101, in Shankar Mahadevan Academy. He wanted to learn music soon after he read in a book that when you reach 60 years of age you should do something you are really bad at. That's how he ended up joining music class.

And this music class was a challenge for me as a teacher, just like it was a challenge for him as a learner. When we began, he knew little about tanpura or sur or pitch. I felt at that time that was primarily because Hemant had not learned music before and hence was unaware of the basic ideas of music.

So the first thing I did in class was to make Hemant familiar with the seven basic musical notes. In class, I would take each note, one by one, and ask him to sing the notes after me. Another technique I used was to visually demonstrate the musical notes as they went higher – picture a staircase of swaras (musical notes). As part of that exercise, Hemant would have to imagine Sa’ (the higher Sa) as a friend who is really far – so he would have to pitch his voice a little higher. Gradually, over time, Hemant began to sing swaras (musical notes) in tune using a tanpura.

What works so well for Hemant is his utter dedication. Even though his work would keep him ever busy, he would find time to practise singing in the morning before leaving for his office. Two other things that work for him are his humility and his sense of humour. He would go to great lengths to understand any shortcomings in his singing. And he would take every feedback positively. He would watch his class recordings and laugh in the next class saying how he fell short in his singing in his previous class.

Hemant’s case is the story of progress in the face of challenge. His progress makes me feel most satisfied. I felt successful as a teacher.

Hemant completed his basic-level course in Hindustani Vocal Music, and on my suggestion switched to a course on Hindi Movie Songs.

I made this suggestion to Hemant after talking to the curriculum coordinator at our Academy. I felt Hemant’s musical sense would grow faster if he learnt simple songs. For a person of his background, learning to sing simple popular songs would be easier than learning ragas.

Even now Hemant struggles in a number of aspects with his singing. I am with him in his struggle. We never feel tired. Rather, we feel full of joy in every class.

The second student I am proud of and want to talk about is Priyajit Ghosh. He is a 35-year old student from Singapore who works at Gate Gourmet as a senior SAP Analyst. Priyajit is learning Hindustani Vocal Music, level HV103.

Priyajit is a sincere student who is regular in attending class and practising music lessons. I observed his great appetite for learning. Every day his singing would get better. As a teacher, I could move ahead smoothly with his lessons, and correct him where required. He would absorb the corrections and learn fast.

He recently performed in front of the President of Singapore, Halimah Yacob, at Istana Open House 2019. Istana Open House is an open house event open only 5 times in a year to the public in Singapore. It is an event in which the President of Singapore acknowledges local talent in the city. During this event, Priyajit and his 12-member team presented songs composed and sung by Shankar Mahadevan in different movies. They named their segment Shankar Symphonies. The President acknowledged their performance.

Later, the President’s Office of Singapore shared pictures of the show on its Facebook page. That is one noteworthy achievement for not only Priyajit but also for Shankar Mahadevan Academy. 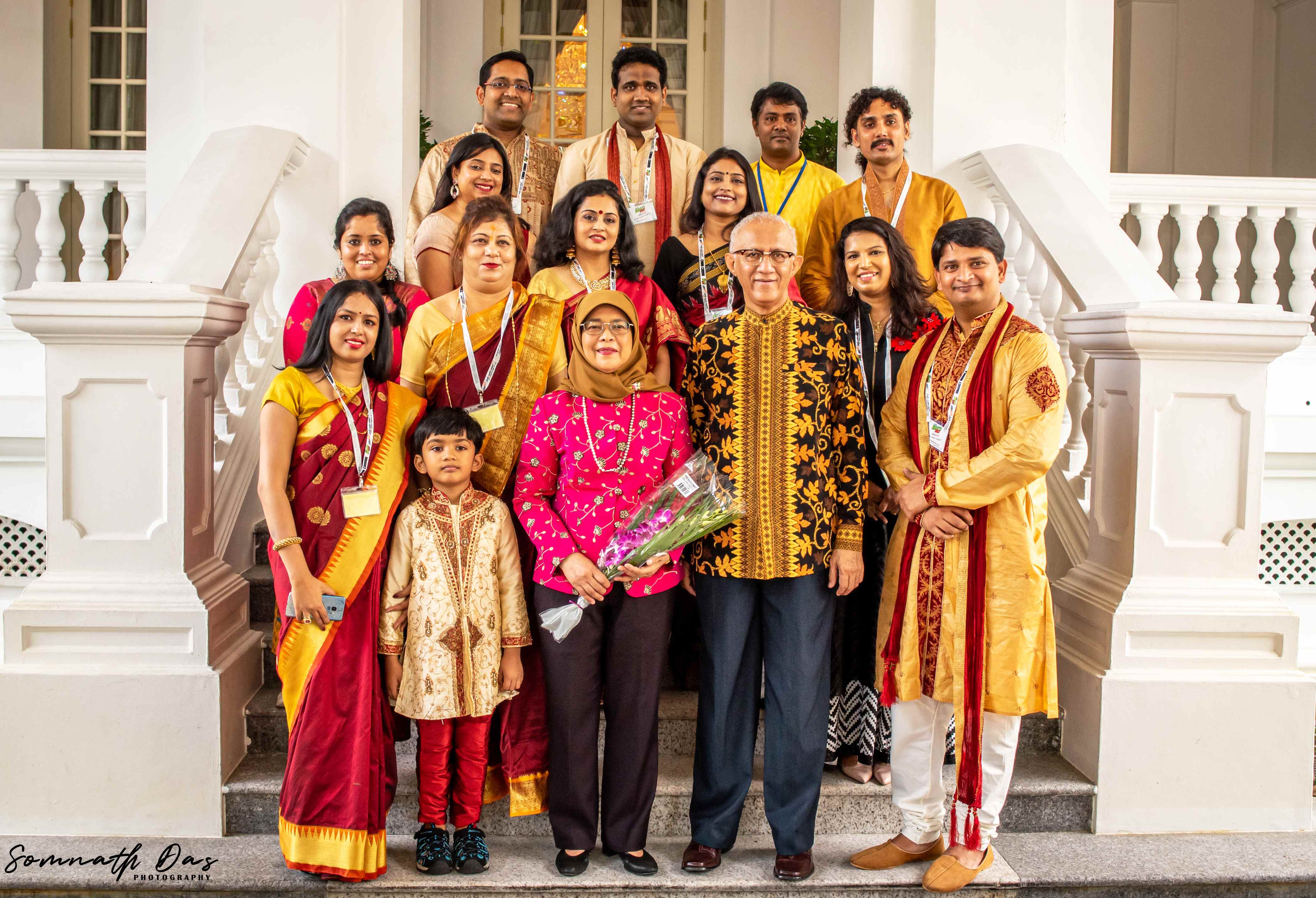 I too felt a sense of accomplishment as a teacher. We celebrate his passion for singing and his courage to present his craft to the world even as he learned his craft.

A senior with the spirit of a child